In February 2013 I released my first children’s story – “Sheppy, a lost dog finds a new home.”

About eight years ago we picked up a dog from the animal shelter.  He had been abandoned out in the countryside.  He was clearly  emotionally damaged.  Over the years he has become much more  normal and, apart from being very handsome, he is a real pet and  everyone who meets him loves him.  This is his story, from  abandonment to found.  Hopefully there will be more to follow.

It is available from amazon.co.uk

In early 2012 I published my first book – “The God with sore legs“, available in both paperback and ebook from Amazon. 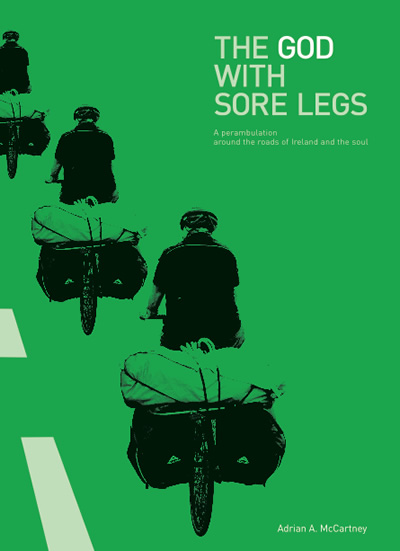 The book tells the story of me and some of my friends on an adventure around the coast of Ireland on our bikes, and the exploration of all sorts of things that have affected us for many years – things like faith and hope and relationships and purpose.

The beauty of this book is that it allows the reader to watch and listen, yet gives room if he or she would like to join in. You will eventually want to get on your own bike and have an adventure with your own bunch of mates

Seriously, though, If you are looking for a Michael Palin or a Ranulph Fiennes then check under P or F. However, if you fancy an adventure with a bunch of guys who are mostly just trying to get up the next hill and find the next menu, then I think you’ll enjoy reading it as much as we did living it.

The God with Sore Legs is also available from